Skip to content
I'm a writer with a penchant for weird horror. 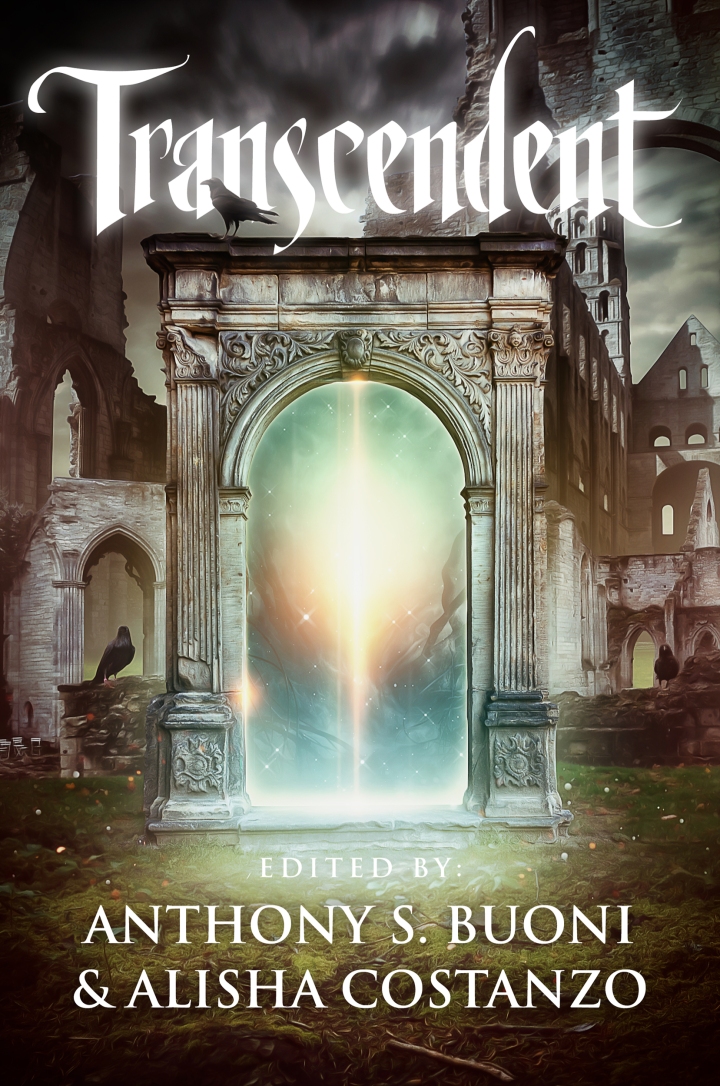 I wrote a story for this anthology titled, “Carrion Dreams.” Get your copy now and immerse yourself in the strange worlds created by this talented group of authors. Thanks again to the fine people at Transmundane Press. They did a wonderful job.

In anticipation of their upcoming short fiction anthology, Transcendent, which contains a story written by yours truly, I wrote a guest post for Transmundane Press. It’s about what inspired my story, Carrion Dreams. Check it out.

The Inspiration For Carrion Dreams: Reworking an Old Legend

Who is Jude Mael Eriksen and why should you care? Well, with the impending release of Transcendent, an anthology of short stories being prepared for publication by the good people at Transmundane Press, and the fact that it includes a story written by yours truly, you can find out for yourself. As part of their run-up to publication, they queried the authors of the stories that were accepted with a list of questions that were dutifully pondered and answered.

Below is a link to the interview for my story Carrion Dreams. Check it out, then buy the book when it releases.

An interview with Jude Mael Eriksen by Transmundane Press

The alarm goes off and as you swim up out of unconsciousness you realize with a dull sense of horror that you’ve arrived at Monday morning yet again. It’s like a more mundane telling of Groundhog Day, that 1993 comedy romp starring Bill Murray, except in this version you’re the reluctant star and there’s no way to extricate yourself from the cursed time loop. The previous weekend and its orgy of freedom is just a bittersweet memory now, while the one to come seems like a hazy mirage viewed across an impossible gulf. Five days away? Might as well be fifty years.

For those of you who actually spring out of bed and do cartwheels of joy because you love your job so much…you can stop reading now. This isn’t for you. The rest of us don’t necessarily begrudge your bizarre optimism, we just can’t reconcile it with our own version of reality this early in the work week. At least let us suckle a cup of coffee or three before you turn that thousand watt smile toward us as we trudge into the office.

For us, nothing can change that soul-sick feeling of finding yourself back at the start of another work week. Eliminating Mondays wouldn’t solve the problem, as it would simply result in Tuesday become the new Monday. Speaking of Tuesdays, they aren’t appreciably any better. If Mondays are about slowly easing back into the work cycle after the unbidden hedonism of the weekend, then Tuesdays are about getting productive whether you want to or not. Those endless email queries and mounting reams of paperwork aren’t going to take care of themselves, after all.

The fact that you’re getting paid to do it doesn’t make it any better either. In fact, it makes you feel a bit like a sex worker. Like them, many of us aren’t doing our jobs out of love. We’re doing them because we don’t want to live in a cardboard box behind a smelly dumpster in some dank alley. Money makes the world go round, and without it things can get desperate real fast.

Wednesday, the proverbial ‘hump day’, sees a glimmer of hope return. Now it’s only two more days until that sweet geyser of freedom known as the weekend gushes forth like Old Faithful once again. We can see the coming reprieve from the tyranny of paperwork and looming deadlines and we can almost taste it. This is when we start making plans for the forty-eight hours of contiguous personal time allotted to us every week, if we’re lucky (more on that near the end of this diatribe).

Thursdays are almost as bad as Mondays. The end of the week is in sight, but it’s not over yet. If you’re smart, Thursday is the day you’ll work extra hard so that you can hopefully coast through Friday. That often doesn’t work out, however, as Fridays are generally the day that demanding clients and unreasonable bosses suddenly need this or that thing-a-ma-jig done before the weekend. Still, there’s hope that this week might wrap up differently. The next day might be the golden Friday of your dreams—where things are slow for once and the boss tells you to go home early for a change. Right, sure. It could happen.

Then, at last, you arrive at Friday. You awaken to the same droning alarm, but even though you still long to stay in bed you find yourself getting up a little less begrudgingly. Maybe there’s even a slight spring in your step as you make your way into the office or wherever it is that you make a living. Eight more hours and you’re free to do whatever it is that you’ve fantasized about over the oncoming weekend. Suddenly life has the potential to be sweet again, if only for a limited time.

Then the phone rings. Somebody got their wires crossed and now there’s a mess that needs sorting out. The fact that you didn’t cause the issue is irrelevant, because somehow it always falls squarely on your shoulders to fix it when something like this happens. So you work like hell to vanquish the problem—to render it moot so that its imposition on your time doesn’t threaten to expand beyond the end of the work day.

By four o’clock you’ve somehow managed to resolve the matter, and as you prepare to shutdown your computer (or put your tools away) relief washes over you like a cool wave. You made it. You’re almost free. Your heart begins to sing like a bird freed from its cage. Then you see the boss striding toward you. He or she is smiling, but you know there’s no good news behind those calculating eyes. Can you come in on Saturday and work for a few hours?

Like the ignominious fate of Humpty Dumpty, your hopes are utterly dashed and no amount of theoretical super glue can put them back together again. Your Friday night out with friends is suspended with one terrible utterance from your superior’s lips. You could say no, of course, but to do that would only push your farther down the ladder of success that you halfheartedly think you’re trying to ascend. So, with all the enthusiasm of a political prisoner being led to the firing squad, you agree to sacrifice more of your time.

At least you’ve still got Saturday night and Sunday to yourself, the optimist would say. It’s not a total loss. That may be true, but you know that by Sunday afternoon the knowledge that hated Monday is looming on the horizon will corrupt your last hours of freedom before the crushing drudgery of another work week is even upon you. For those of you who are like-minded in their disdain of this cyclical struggle, I sympathize totally and completely with your plight, and maybe knowing that you’re not the only one who feels this way helps a bit. Misery loves company, after all.

Colp: The Passage of Time, is free to read when you sign up for Kindle Unlimited at Amazon Canada. Check it out. Link