Yours truly has had a short story, Carrion Dreams, selected for publication by Transmundane Press in their forthcoming anthology titled Transcendent. I’ve been told it will be published sometime in the late fall/early winter in all formats. Below you can see the cover reveal and the official blurb. More info to come as the release date nears. 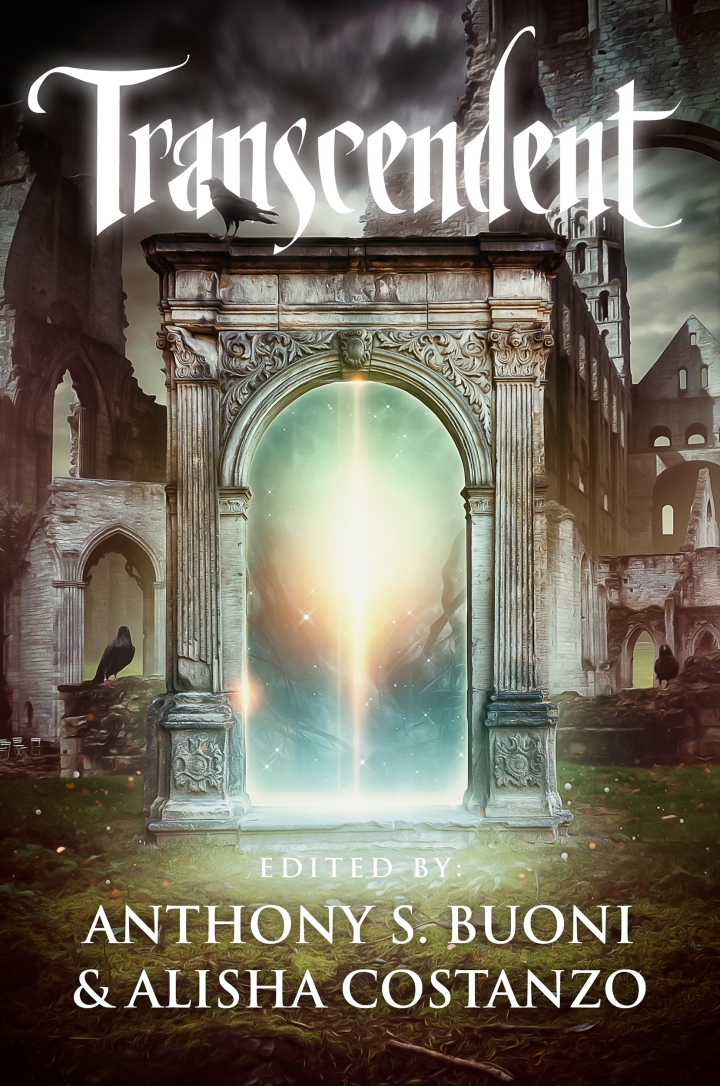 “A parallel dimension exists below the surface of reality.

Its doors swing open every time we sleep, allowing us passage into the land of DREAMS, a plane rich with exotic fantasy and limitless bliss. Within this wonder world, however, lurk dark corridors and terrible creatures—some unfortunate travelers never escape the NIGHTMARES waiting in the shadows.

Many have tried bridging our worlds. Seekers and wise men have meditated for VISIONS and ingested intoxicants for HALLUCINATIONS in hopes that the veil between our realms will thin, allowing access to all the thrills, joys, and horrors beyond our senses.

TRANSCENDENT is an open gate, a gangway linking our realm to the shimmering sphere where nothing is certain and anything is possible.”